WHEN YOUR SLIP AND FALL ACCIDENT RESULTS IN A BRAIN INJURY

Traumatic brain injuries are typically very serious injuries that can take a long time to heal or learn to live with if they are a permanent part of your life. The effects of a brain injury on your life can vary depending on the seriousness of the trauma. An example is Cognitive Deficiencies is a term that describes impairment in and individual’s mental process. This can require Cognitive therapy and may keep you from keeping or getting a job. They can also cause emotional effects and negative psychological effects on families.

An investigation will take place if a brain injury has been caused by negligence. Figuring out what caused the slip and fall as quickly as possible is one of the most important elements of your claim. This is because, to determine liability, you must find out who was responsible and how they were acting recklessly. You must be able to prove that the owner of the property should have known about the dangerous condition. Conditions that may have led to your accident could include ice, water, oil, power cords, loose carpeting, inadequate lighting, and so much more.

Unfortunately, many assume that once a person has been sent home, there is nothing else to worry about. This can be a very dangerous assumption, since any significant trauma to the head can have delayed symptoms that are subtle and debilitating and can last months or even years after the original accident.

Severe symptoms of traumatic brain injury require immediate medical care and can include:

There’s a growing recognition in the United States of the seriousness of brain injuries. For instance, fans of team sports like football and hockey have probably noticed how schools and professional leagues have created new rules and protocols dealing with concussions. But it’s worth noting the difference between a concussion and a brain injury.

A traumatic brain injury, also called a TBI, is any injury to the brain resulting from a blow to the head or body. It can be just an impact, or it can involve penetration of the brain tissue. TBIs range in seriousness from mild to moderate to severe. Symptoms can be anything from headaches, tingling in the hands, or the feeling of pins and needles after a head injury, to permanent brain damage and loss of vision, and can even be deadly. People can experience traumatic brain injury symptoms years later.

A concussion is a type of traumatic brain injury where brain function is affected by a jarring blow or collision to the head or body. The brain is jostled back and forth in the skull, which can damage brain cells and alter brain chemistry. Some refer to a concussion as a mild TBI, though often such a head injury has delayed symptoms too.

Whether or not you can bring a legal claim depends on many circumstances, like who caused it, where it happened, and more. If you sustained your fall on a business property, then the owner of the property could be held liable for causing the dangerous condition or failing to stop it from happening. As many victims will tell you, there are many benefits to filing a brain injury lawsuit. If your injury has negatively affected your life and you now require long-term care, have lost your means of income, and suffer from emotional stress, a lawsuit may be your best option. However, you should consider this before the statute of limitations runs out on your case. Speak to somebody as soon as you discover you have sustained a life-changing brain injury and get the help you deserve. 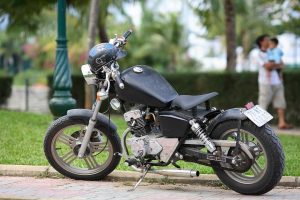 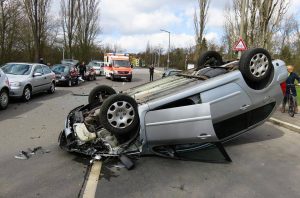 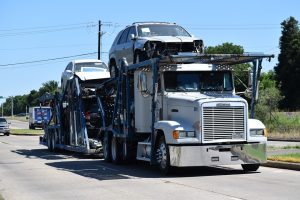 WHAT HAPPENS IF I CRASHED IN A COMPANY TRUCK? 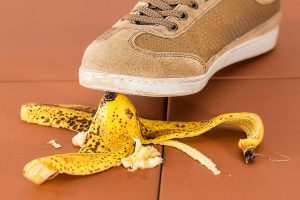 5 WAYS TO AVOID SLIP-AND-FALL ACCIDENTS IN THE WORKPLACE